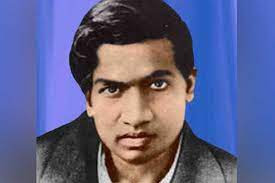 He was born on 22 December 1887 into a Tamil Brahmin Iyengar family in Erode, Madras Presidency (now Tamil Nadu, India) at his maternal grandparent's residence. His father was K. Srinivasa Iyengar, an accounting clerk for a clothing merchant, and his mother was Komalatammal, a housewife and sang at a local temple.

The family was of high caste and was very poor. Srinivasa Ramanujan's parents moved around a lot, and so he attended a variety of different elementary schools.

In November 1897, he passed his primary examinations in English, Tamil, geography, and arithmetic, and gained vest scores in the district. He entered Town Higher Secondary School in the same year and encountered formal mathematics for the first time.

Srinivasa Ramanujan: Discovery as a Mathematician of Genius

·         At the age of 11, he had taken the mathematics knowledge of two college students who were lodgers at his home. Later, he lent a book written by S. L. Loney on advanced trigonometry. By the age of 13, he had mastered it and discovered his theorems on his own.

·         At 14 years of age, he received merit certificates and academic awards that continued all through his school career. Also, he completed an exam in mathematics in half of the allotted time and showed familiarity with geometry and infinite series.

Infinite series for pi : In 1914, Ramanujan found a formula for infinite series for pi, which forms the basis of many algorithms used today. Finding an accurate approximation of π (pi) has been one of the most important challenges in the history of mathematics.

Game theory: Ramanujan discovered a long list of new ideas for solving many challenging mathematical problems that have given great impetus to the development of game theory. His contribution to game theory is purely based on intuition and natural talent and is unmatched to this day.

Circle Method: Ramanujan, along with GH Hardy, invented the circle method which gave the first approximations of the partition of numbers beyond 200. This method contributed significantly to solving the notorious complex problems of the 20th century, such as Waring's conjecture and other additional questions.

He contracted tuberculosis in 1917. His condition improved so that he could return to India in 1919. He died the following year. He left behind three notebooks and some pages, also known as the "lost notebook" that contained various unpublished results. Mathematicians continued to verify these results after his death. 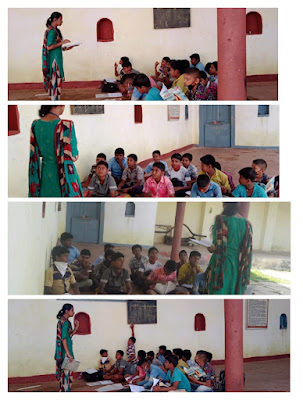 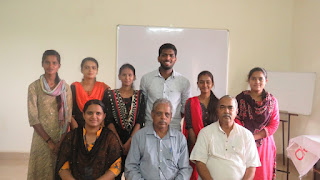 Yuva Fellowship program launched in July-2021. Four rural government schools are allocated to six Yuva fellows after one month training institute. They started their teaching journey from Aug 1st and teaching 477 rural students . Initially fellows visited students houses to build rapport with stakeholders and conducted ASER survey to know students better. As schools are re-opened for higher primary classes, they could able to build classroom culture and values for the students Class observations and debrief sessions are regularly going on by Program Manager and Fellow mentor to improvise teaching. Along with that difference trainings, Weekly meetings and Learning circles are arranged for fellows for their self-development.  In September month we have done reunion program for Summer camp students to distribute prize and certificates to our school children. More than 80 students participated in the program and shared their learning. One of our Intern Alumni got selected for TFI

Vidya Poshak Yuva Fellowship 2022-24 Frequently Asked Questions Why should I join Vidya Poshak Yuva Fellowship? Opportunity to be at the forefront of the excellent education movement Believes in transforming the future of rural children through excellent education Space to bring your ideas into action in a culture that values innovation   What will I gain by doing the Yuva Fellowship You will gain necessary Knowledge & Skills to become an Excellent teacher Get exposure to education ecosystem and ground reality   Who can apply? Young graduates (between 21 to 26 years old) who are willing to commit to full-time as fellow teachers for   rural school children I have given my final year exams and the   results not yet came, still can I apply? Yes, You can apply if you have attended final semester exams I completed my higher education/ PG, can I apply? Sure, If you are passionate